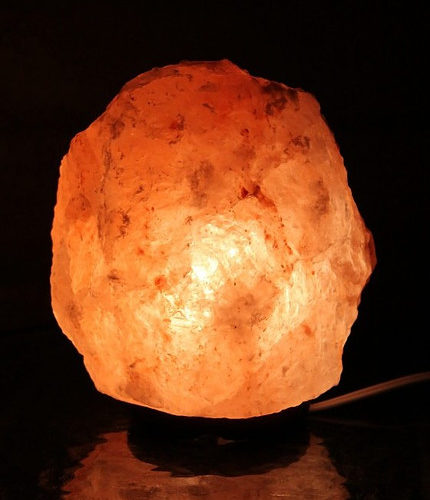 For some time now I have been looking into and researching the question, do Himalayan Salt Lamps really work?

I like the idea, that the benefits they claim to provide, could be true. At the same time I’m not so gullible that I believe everything I’m told.
For this reason I’ve looked deeper into the claims and evidence that may back this up. So what are the benefits of Himalayan salt lamps or to be more precise what are the proposed benefits of Himalayan salt lamps. 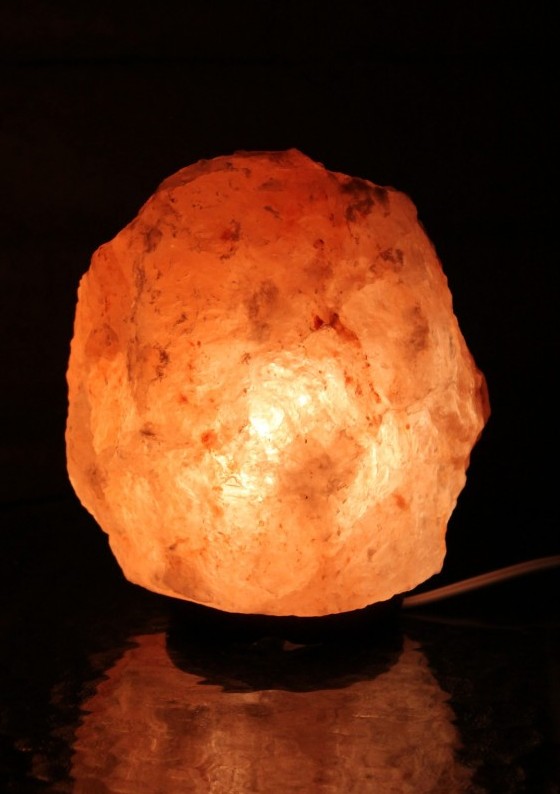 1. They cleanse deodorise and purify the air, removing contaminants such as cigarette smoke, dust etc from the air

4. They strengthen the immune system

6. They improve breathing and are therefore beneficial if you suffer from ailments such as COPD

7. They filter pet dander (tiny molecules of skin shed by pets), mold and mildew from the air thus relieving the symptoms of Asthma, bronchitis and sufferers of other respiratory conditions

8. They protect against airborne germs therefore reliving the symptoms of coughs colds sneezing and sore throats by allowing the body to block any foreign particles entering the lungs

9.The negative ions omitted from the salt lamp can help boost blood flow therefore improving the vascular system preventing damage to the lungs

10. The increase in negative ions re-energises and revives the body, increasing energy levels in the same way that being outdoors in nature does

11. SAD (seasonal affective disorder) and other forms of depression can be alleviated as Salt lamps increase the serotonin (the happy chemical with gives the feeling of well being and happiness) levels in the brain

13. The increased level of negative ions increases blood and oxygen levels to the brain increasing concentration and performance.

It really is an impressive list, but are they all true?

One of the biggest pros for using Himalayan salt lamps is that they produce negative ions.

So what are negative ions and why do we need them? 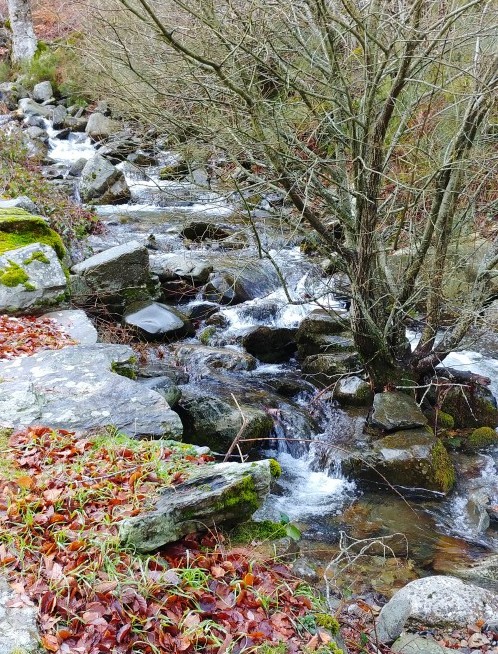 They are a negatively charged atom, molecule or complex molecule having more than its normal amount of electrons and are produced through water molecules. In nature, they are abundant especially by free flowing water such as rivers, streams, waterfalls, seas, in forests and after thunderstorms.

They are present in our bodies and in the air we breathe and have been scientifically proven contribute to overall well being by clearing the air of pollutants bacteria viruses dust and cigarette smoke.

It’s no surprise then that being outdoors and among nature makes us feel so good.

Positive ions, however, have the opposite affect.

They are produced in nature when there are high winds (which may explain why kids go crazy in windy conditions), in a dusty environment or when it’s humid.

Equipment in our homes and offices like fluorescent lighting, televisions, air conditioning systems, hairdryers, tumble dryers. Computers, printers even carpet and upholstery are all outputers of positive ions.

This can lead to fatigue, sleeplessness, increased allergic reactions, asthma / bronchitis, a general feeling of lethargy etc
It makes sense then to bring some of those negative ions from nature into our living conditions and get the positive affects that they produce in our homes.

The big question is do salt lamps achieve this?

“Salt lamps, marketed as being made from salt crystals imported from Poland or the Himalayas, produce negative ions, which are believed to have healthful effects. These portable devices may be used in combination with salt chambers.

While no full-scale, randomized studies were located on the testing of these devices, their ability to deliver a specified dose

It is therefore suggested that salt lamps have a definite positive effect and do result in emitting negative ions into the air.

The problem is do they emit enough to make any significant difference? There is no conclusive scientific evidence I have found to prove that they do. In the same breath I have found no scientific evidence to prove that they don’t. Obviously the larger the lamp and the longer it is left on the higher the impact will be. It is recommended they should be placed close to where you are sleeping, next to the computer where you are working or next to equipment which is known to produce positive ions and be left on for at least 8 hours.

More research most certainly needs to be carried out before any definitive conclusion can be reached on this.

The Power of colour

Here’s where it becomes a little clearer.

When lit these hand chiseled blocks of ancient salt crystal emit a soft warm glow ranging in colour from soft pink to burnt orange with a hint of pink. The light that fills the room is gentle is similar to that of candle light.

If you have read my post on The benefits of burning candles you will already be aware that this type of light is condusive to restfulness, relaxation, reduced anxiety and improved sleep.

The study of colour theory is ancient and dates back thousands of years. Although the study continues with new ideas and it is suggested in some research that the reaction to colour depends on your cultural upbringing it is still widely accepted that colour is linked to mood and emotion.

He goes on to say

“It is clear that light, and colour specifically, can affect us in ways that go far beyond regular colour vision.”

Colour is reflected light which hits our retina and is then transmitted to the brain in wave lengths. It has now been discovered that some cells at the back of the eye have nothing to do with vision but send messages to the hypothalamus which regulates hormones and can affect mood, sleep patterns, body rhythms etc.

So if you want to introduce colour here’s how it may impact you; 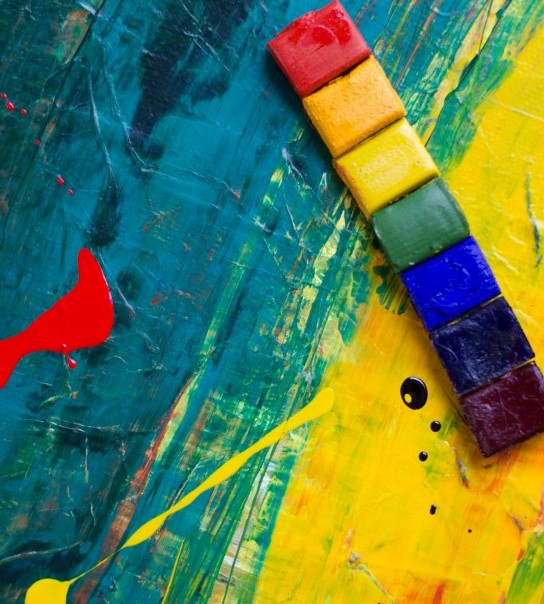 Are they All they’re Cracked up to be?

So after all of my research what conclusions have I come to.

1. Negative ions are good for me and although salt lamps may not produce enough to make a massive difference the fact they are producing some has got to be a good thing. Maybe I need a couple in each room?
2. I’ve always been a believer in colour therapy (maybe it something to do with the artist in me). Finding I could change the bulb to create not only the ambiance and mood but also enhance my body and mind is a big plus.
3. They are attractive. If you like the look of them they could be a good addition to your decor.
4. They create the right type lighting to kick start melatonin (the sleep hormone)
5. They create a relaxed environment
6. There is not enough evidence which proves all of the claims are true.

So after weighing everything up there are certainly enough positives for me to go ahead and get one, so yes, we now have our first Salt lamp. It lives in my daughters room.

When we switched it on the room immediately felt so much warmer and more welcoming. I can’t say she has noticed any massive health benefits but there again she is super fit and healthy already. Although she has asthma occasionally it is rare and the fact she hasn’t had an attack since buying the lamp doesn’t prove anything (she probably wouldn’t have had one anyway).

What she has noticed is that she now sleeps much more soundly and feels refreshed and well rested in the mornings. We haven’t changed the bulb as the natural colour (a warm browny, pinky, orange) is so pleasant it seems a shame to change it. It definitely creates a lovely atmosphere and creates a feeling of wellbeing, calmness and relaxation.

If you’re interested to see which one we have chosen I have written a review which you are welcome to check out.

We have also decided we need one in each room we like them that much!

If you already have a lamp I would love to hear your thoughts.