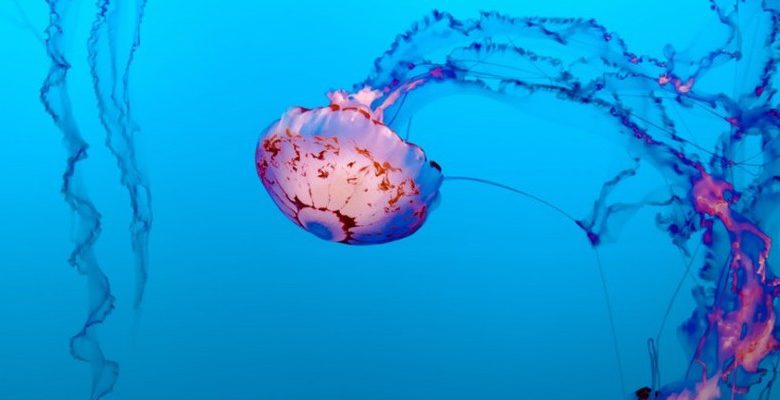 Jellyfish syndrome. Ever heard of it? I hadn’t either had I until one night, after a few glasses of wine, in my sister in laws conservatory, the best place to unwind I’d been quietly ranting( in the best way possible of course) for an hour or so, she hits me with the profound statement “Su you’ve got jellyfish syndrome, don’t say yes when you want to say no”

It hit me like a bombshell and she was totally right!

I’d had it for years! It had gone undiagnosed, unrecogognised and shrouded in the misbelief that it was generosity.
It was so obvious, I couldn’t believe I had misunderstood it.
The strange thing is I really am quite stubborn, because of this I’m aware of it, so I try my best not to be.
So where did this jellyfish thing come from?

From this point onward, as always with me, my analysis began.

This is how it panned out for me;

What exactly is Jellyfish syndrome?

It’s a strange affliction. It appears sporadically and usually only with certain people who have the ability to trigger it.

How the heck did I get it?

Well it’s still a mystery to me! In the beginning I don’t think it was jelly fish syndrome. I was simply doing something I didn’t want to do, solely because it benefited who ever I was helping at the time. They needed my help and I was able to give them a hand.
Everyone does it, it’s part of caring about those around us, and let’s face it they do the same for you.
Give and take benefits us all. It’s what we do when we care about each other.
The problem happens when “yes” becomes the only way you react. It’s your default setting and it’s popped out before you give yourself a second to think.

So back to the question of how I got it. I don’t know, it just crept up on me and at some point I crossed the line. I stopped thinking I could say no.
I was just saying yes to avoid any type of repercussion or bad feeling in every situation.
The stupid thing is most of the repercussions were in my head, the more I was afraid to say no, the bigger they grew.
Sounds stupid now, I know, but at the time it happened without even thinking about it.
Big mistake! My gut sometimes said no but my head said yes. I lost my balance and let my irrational fears take over. For a number of reasons.

I truly believed that I would be disappointing everyone, or worse still, hurting their feelings, and with that comes the guilt.
So realistically it becomes a selfish thing. It’s no longer about them, but about the way I feel, and there’s the conundrum. What I thought I was doing for the best reason had suddenly been turned on it’s head.
It was all about me not feeling bad instead of them feeling good.
I was cheating those important to me when my actions came from guilt or duty rather than love.

A fait a completi is a mighty powerful tool that some people wield without even knowing it. The assumption that you will just do as you are asked,or on occasion told. There is no option or get out clause and it’s usually a surprise (which you should have seen coming as they’ve done it so often before).

They make statements rather than questions, you just find yourself falling in line with the plans they have made. It probably didn’t even occur to them that you didn’t want to do it, as it seems like such a good idea to them and you always seem fine when they put it to you. It may be a great idea but the point is, where was the consideration? And from here comes the resentment! The resentment that they have the power to make the decisions without giving your needs a second thought.

I found myself thinking things like “They’ve got such a cheek” or “I don’t know why they think they can just keep on putting this on me” and worse still “They’re so selfish!”
Of course none of this was true. It was my own fault. I wasn’t clear about what I wanted. Had they known how I felt they would have been devastated!
Nothing was done vindictively, in fact quite the opposite. They quite rightly assumed I was happy going along, being included and enjoying what was planned.
Why shouldn’t they think this? I had never given them any reason to think otherwise.
My false being “nice” was in fact not nice at all! The plain truth is that all I had to do was be honest.

And this one was a biggy for me! If I stopped saying yes to everything, what was left? Did everyone think I was a good friend and kind person because I was always saying yes?
Would I be judged as a selfish person and therefore be rejected?
I had great friends and a great family. What a disservice I was doing to those I loved! Why on earth would they be judging me on having my own opinions and needs. After all, they were looking out for me as much as I was looking out for them. It all boiled down to insecurity. Again my fault not theirs.
All I needed was a kick in the pants to get myself back in line. Hallelujah for sensible sister in laws!
Why on earth did I doubt them or not trust them enough? It’s beyond me.
My only defence, and it’s a poor one at that, is that I hadn’t thought about it.

Is being a jelly fish such a bad thing?

After much thought and deliberation and a great deal of self-analysis my absolute conclusion is YES, YES and YES, here’s why…

Saying no is also fine.

It was a great revelation realising that sometimes I could say no and it didn’t mean I was selfish, unkind or rude, in fact it was the opposite.
I didn’t end up losing friends, in fact I don’t think anyone even noticed. They just accepted I couldn’t manage it, or I wanted to do something else. They didn’t stop inviting me to places and life went on as normal. The only change was in my head, which is where the problem was all along.

Now I love saying yes again. I know that I’m in control, it’s my choice, I don’t feel trapped or resentful. If I say no it’s for good reason, my good reason, A reason that I am comfortable with.

If you find the jellyfish syndrome has crept upon you too but you don’t feel able to fully embrace the no take a look at my post how to say no without saying no. It will help you on your way to enjoying the freedom which comes with you taking back control.

Just to finish I’d like to share a conversation I had with my sister-in-law about a year after my rant. We were sitting in her conservatory, after a few glasses of wine, where she had been quietly ranting( in the best possible way) when I hit her with the profound statement ………………….Yes you know the rest:)