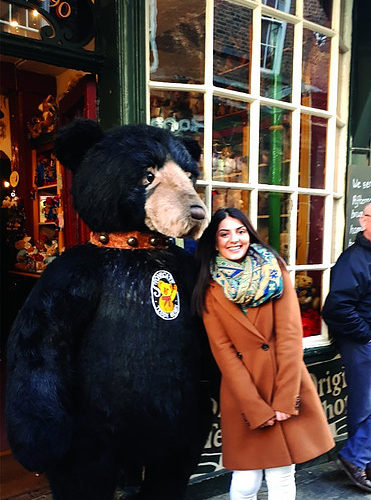 It’s been almost 2 years since some of our closest friends moved to York. Each time we have met up we have promised to visit and you’ve guessed it life takes over and we never got round to it. So this Christmas when we got together we made definite plans and wrote it in the diary. When that happens it’s more or less set in stone.

As the weekend approached I could hardly contain my excitement and at 5.30 on Friday night we set off on our four and a half hour journey from Aberystwyth.
It’s an easy drive (but maybe that’s because I wasn’t driving) and we arrived without any hold-ups or hiccups on time and ready to hit York bright and early the next day. 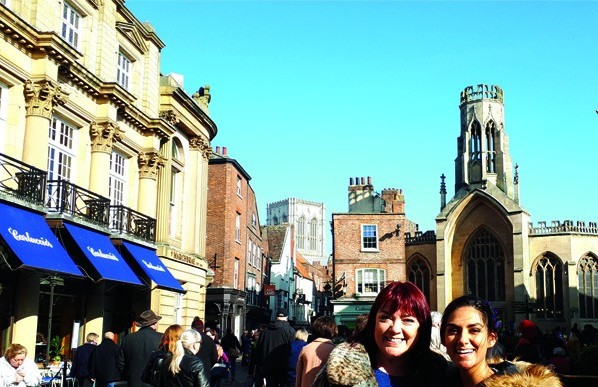 A Wonderful Day for a Wander

After an amazingly massive full breakfast cooked to perfection by Chaz ,Abs and Rachel we set off on our York adventure and where better to start than the city walls.

They are approached via the tower steps and are remarkably well-preserved. 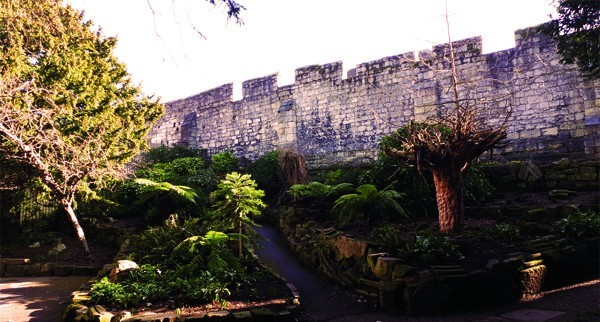 Now for a bit of history for those that like it.

They are the most complete example of Medieval walls still standing in the U. K and date way back to the Roman period.

In AD 866 the Vikings invaded and covered the walls with an earth embankment topped with a palisade (a wooden fence made from pointed stakes).
After their invasion, which was pretty bloody and some stories claim in retaliation for King Aelle killing their father Radnar Lothbrok, they peacefully rebuilt and farmed York for the next 100 years making York the Viking capital of England.
A heritage still celebrated in this magnificent city.

The current stone walls that are there today replaced the wooden fences and were built in the 13th and 14 century. 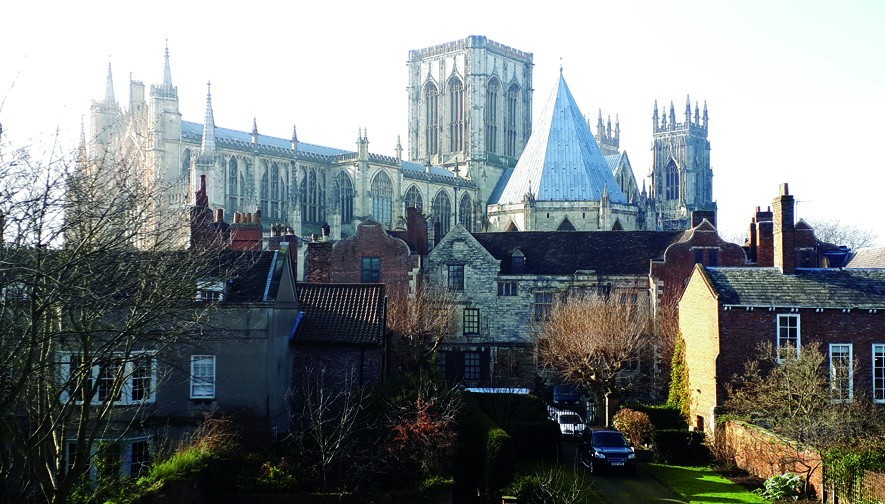 I could hardly believe our luck with the weather. It started off white, and I really mean white, with a heavy mist settling right down onto the pavement but within a few hours was glorious. We had the most gorgeous views into the city with the white wispy background now only drifting across the roof tops making it almost magical before evaporating completely under a beautiful spring sun (O.k I know it’s not quite Spring yet but it felt like it).

Is it that time already?

We didn’t walk the whole of the walls as before we knew it, it was gin time, and who wants to be late for that.
Rachel recommended Evil Eye Gin shop and cocktail Bar. That’s the amazing thing about having your own personal local guides, they know all of the best places to take you and this was definitely one. The shop wall was lined with bottle upon bottle of the most awesome gin creations which of course we had to sample in the cocktail bar, aptly described as “Home of the bizzarre, weird and wonderful” 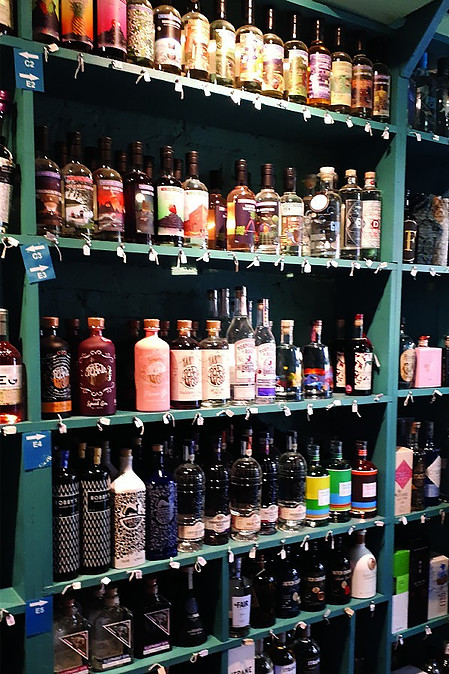 As it was so nice we sat in the vibrantly muralled court yard at the back. Just to stay in keeping with the Viking theme Charlie ordered the Ragnorak (juniper berries, Logan berries and dill) ummmmm. I ordered Michlers Orange(orange,grapefruit,black liquorice, woody juniper and mint). Both were delicious but my favourite was Ragnorak it had a fuller flavour and was more punchy, next time I’m going for that. It’s a quirky little bar with heaps of atmosphere and very friendly. 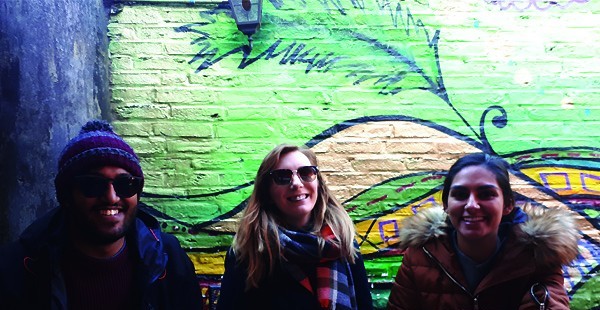 But with no time to waste we set off again ready to explore further. We wandered along the Shambles (which we came back to on Sunday for a better look) and around the outside of the Minster. We couldn’t go in as something was going on inside. Should really have checked beforehand. It didn’t matter though, just admiring the spectacular architecture from the outside was inspiring. Apparently they are advertising for a stone mason at the moment to work with the ongoing restoration and upkeep of the building. Now there’s a dream job! If you’re into stone masonry of course.

After a leisurely stroll around and a bask in the midday sun we hit the street food court. 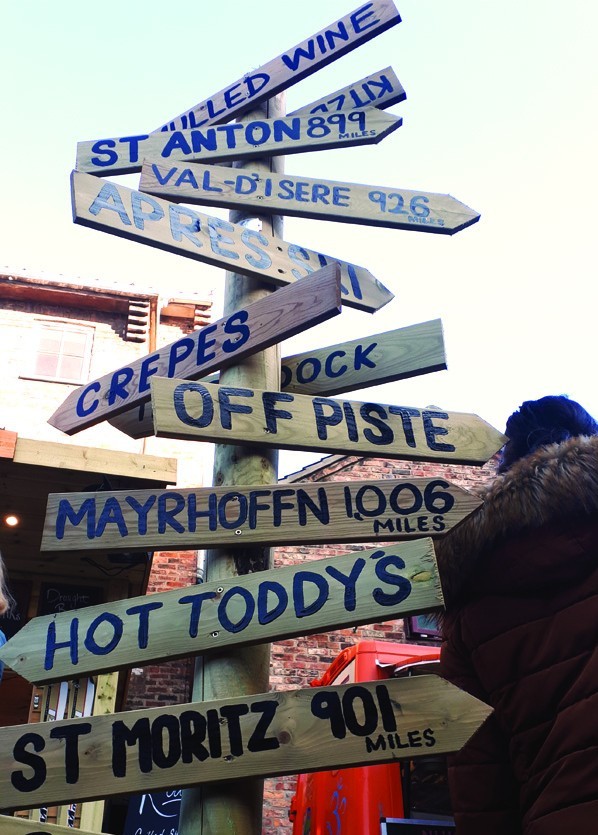 Here in the center of York you are tempted by an array of foods from around the world. Crepes, Indian,Greek, American, Italian, Gastro pub food etc . It is simply bursting with the tastiest street food flavours making it really hard to choose. After much deliberation and about 30 minuites of bouncing from one vendor to the next I finally went to Nukkad and had lamb dosa and a samosa.
Very tasty, the lamb was juicy and beautifully flavoured, the samosa homemade authentic and reasonably priced. Yep I was really happy with my choice and would certainly go back.
The only thing is It had taken me so long to make my decision, and I was so relieved when I finally did, I munched straight on in there, totally forgetting to photograph it, sorry guys.

Later that afternoon we had the pleasure of visiting the Brew York Tap House. I know this whole weekend sounds pretty much all about food and drink but honestly there is such a cornucopia of delights it’s hard to resist the temptation!

For the Love of Beer

The Brew York Tap House was only opened a couple of years ago. It began by two friends love of beer and brewing. After they had entered a few competitions and supplied a friends wedding with great success their dream of opening a brewery began to feel more real.
In 2015 their journey began in earnest and by March 2016 they had brewed their first beer on the premises.
They now do tours, have a fabulous selection of ales,stouts and ciders to their credit, create beer cocktails, host beer festivals and events, have their own in house kitchen and create a buzzing and friendly environment. It really is one of the places not to miss if you’re in York. Their passion for beer is apparent in the quality of their product (and I have to admit we sampled quite a few that afternoon……….. just to make sure they were all good of course) and were not disappointed with any!

Amazingly by the time we headed out of the brewery we had walked 6 miles that day! The only reason I know this is Chaz checked his pedometer. So we headed back to Rachies for a well-deserved rest before heading out for the evening to Cotos Vietnamese Kitchen.

Ever tried Vietnamese cuisine? I hadn’t so was really looking forward to this as I love Chinese and Thai.

Cotos is a little restaurant in the heart of York. When we arrived we were greeted with an enormous smile and the friendliest of staff who make you feel comfortable immediately. 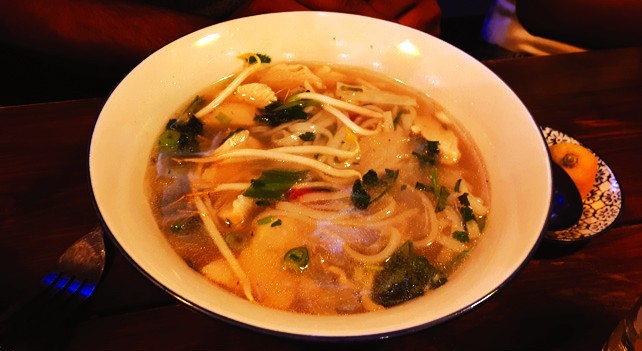 Balance is super important….the sweet and the salty …..the warming with the cooling……and a massive emphasis on the freshness of ingredients like cilantro, mint, basil, lime leaf, lemongrass and many more.

Cotos really nailed it for me and was a super introduction, and yes we tried the broth (Pho Bo Dac Biet – slow cooked beef brisket and medium rare beef in hours simmered broth). Wow I didn’t think broth could taste that good.

After a full day of eating we all still managed to clear our plates but had to admit defeat with dessert, although the exotic fruits with glass jelly coconut milk and crushed ice was tempting! I thought I literally would burst if I tried to eat one more thing. 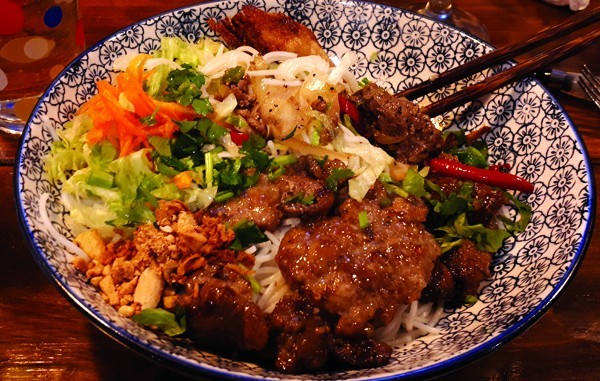 After a jam packed Saturday we took a more leisurely approach to Sunday and rambled around the Shambles all morning.

I loved it there. The shops are quirky and full of character. 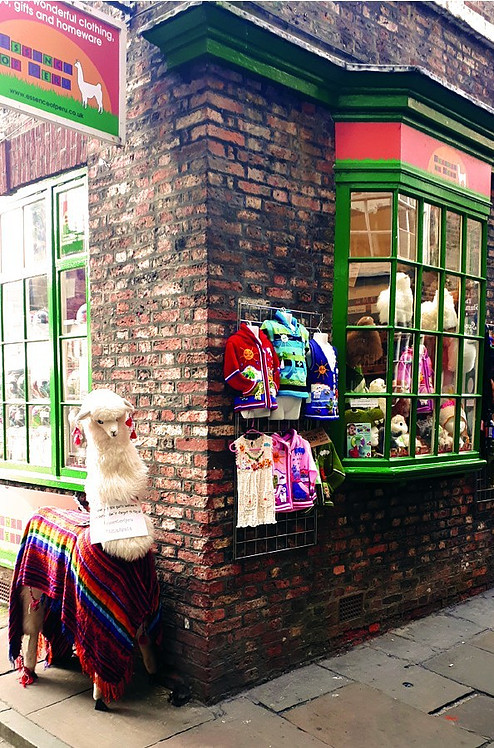 We thoroughly enjoyed dipping in and out. 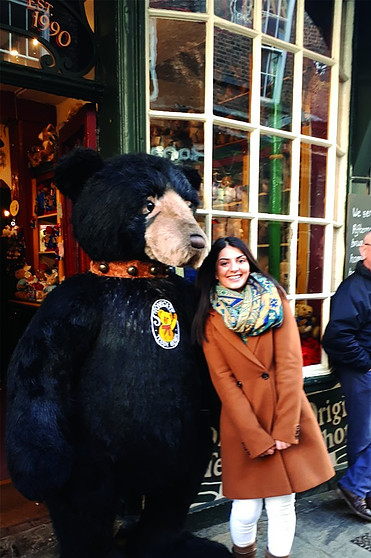 As Harry Potter fans were overjoyed we could get to see inside “The Shop That Must Not Be Named”. It had been heaving on Saturday and people we queuing to get in. 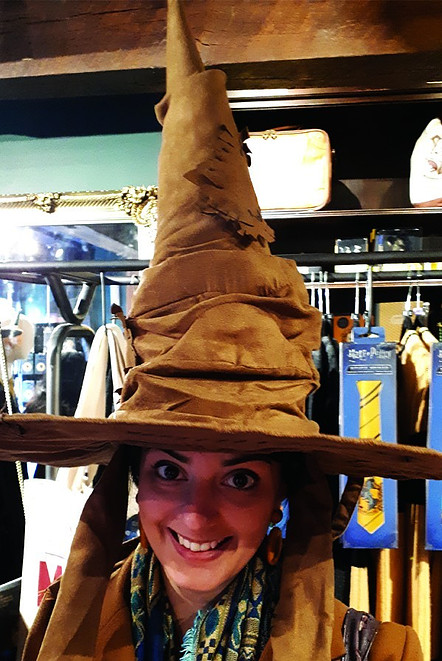 We assured Hannah that The Sorting hat looked really good on her but I don’t think she was impressed.

The potions in the Portions Cauldron amused us as did the guy serving, who was lovely.

Sadly after a fabulous morning and a great Sunday lunch it was time to start the journey back. York and my perfect weekend had passed way too quickly.

This is definitely my favourite UK city. It’s mixture of culture and character. There are Festivals (which by the way they hold every month of the year), the Jorvic center, shows, art gallery etc, etc,etc. The list of things to do and see just goes on and on and I can’t wait for my next visit! Sorry Rachie you may not be able to get rid of us now, you may just have created a York loving monster.